Our Team Of Instructors

Mitchell has been playing piano since age 6 and loves to share his passion for music with his students! After 8 years of studying the Royal Conservatory of Music, Mitchell is currently pursuing completion of his Grade 10 Piano. Music is Mitchell’s number one passion in life, and he hopes to explore numerous other avenues and genres of music after he completes the Royal Conservatory program. He is currently attending the University of Windsor, working towards a degree in accounting. Mitchell believes in challenging his students, while at the same time creating a fun and enjoyable environment during lessons! Whatever your musical goals may be, Mitchell will definitely help you achieve them to the best of his ability!

Madison Toulouse has a love for music, passion for performance, and finds joy in sharing the gift of music and helping others find their “voice”! Madison is a graduate of the University of Windsor, completing her Undergraduate degree in the Bachelors of Music Honours Jazz/Pop Voice program. Throughout her University career Madison has performed a number of different works as a member of both the University Singers and University Chamber Choir. This includes performing a variety of different works in the Windsor Symphony Orchestra Chorus and a handful of musical theatre productions.

For as long as she can remember, Madison has enjoyed music and has been passionate about singing in a variety of styles including: pop, jazz, Broadway, classical, country, folk, blues, singer/songwriter, R&B, soul, inspirational/religious. While her love for music lies in performance, she also wishes to share her knowledge and gifts of music with others through teaching. Music is about emotion, telling a story, and most importantly having fun! Whether students are looking to develop the skills necessary to become great musicians or looking for a fun and creative outlet every week during a lesson, Madison is sure she can help you accomplish whatever it may be!

Evan is the first music student that I ever taught, and it brings me pure joy to now have him as a teacher at Renée’s Music Studio! Evan has been playing piano for over 14 years and is always excited to share his knowledge with his students! He is comfortable with all ages and always encourages others to experience what the world of music has to offer. Evan graduated with honours from Saint Anne’s Catholic high school and is currently attending the University of Windsor in the faculty of science studying Physics.

Throughout high school Evan played in both the concert and jazz band ensembles, and in his free time likes to compete in Cross Country, Soccer, and Track and Field. Evan was a member of the Royal Canadian Air Cadets where he achieved the rank of Warrant Officer Second Class. As Evan continues to hone his own skills and grows as a teacher, I’ve seen first hand how he is an inspiration to his students into the art of music.

Joelle has always had a love for music and started playing piano when she was 4 years old. She has completed her Royal Conservatory of Music grade 8 piano exam and now adores teaching beginners. Joelle enjoys playing worship for the youth ministry at church, she also worked as a children’s ministry leader, working with kids and often leading in song.

Joelle is excited to share her knowledge and passion for piano and strives to create an enjoyable, interactive, and fun learning environment for beginners.

Teodora’s love of music began when she was just 3 years old, banging away at her little toy piano. At the age of 4 she started taking piano lessons with Renee and a couple years later also started vocal lessons. Her love for music continued to grow and at the age of 11, she started to write her own songs. She uploaded my first ever cover onto youtube in 2014 and released her first EP in 2017. She continues to create her own songs and release them as they are finished. Teodora is currently enrolled in the BioMedical Sciences program at the University of Windsor, moving towards her goal of becoming a doctor or dentist. She is eager to help you pursue their love for music and maybe even spark their creative side in creating original work!

Brandon started playing guitar at the age of 10. He began learning guitar with private lessons, and has more recently taken 4 years of group guitar lessons at Saint Anne’s High School. Brandon has experience teaching guitar at school and is excited to share his knowledge and love of guitar with new students of all ages.

Brandon is an honours graduate of St.Anne’s Catholic High school, and all-Ontario pole vaulter. He is currently attending the University of Windsor, studying for a degree in physics and computer science.

When he’s not playing guitar, Brandon enjoys playing volleyball and basketball, getting exercise, or spending time with friends and family.

Regarded as one of the best drummers in the area, Kevin has a wealth of experience in both teaching and performing. He describes himself as a rock drummer who plays a whole lot of jazz!

Kevin studied jazz at Humber college in the mid 80’s. He then played and toured with various blues and jazz recording acts throughout the 80’s and 90’s both in the US and Canada. He was the house drummer at the Showtime lounge at Casino Windsor backing up numerous tribute shows and various other acts from 2001 until 2008. He’s also performed with the Windsor Light and St.Clair College Music series events.

He’s worked with many groups both in Windsor and Detroit from 2008 until 2021, and is currently working with a well established corporate /wedding band Eclipse both in Canada and the US.

Ben was first introduced to music in grade school where he began learning guitar at age 9 and then the Alto Saxophone at age 11. This led to Ben achieving the Outstanding Musicians award. He then took 4 years of group guitar lessons at Saint Anne’s Highschool, and also participated in the Concert Band, playing the Alto Saxophone. He played on the varsity Volleyball team throughout his high school career, and he has achieved his brown belt in Gojo Ryu Karate. Ben is an Honors graduate from Saint Anne’s high school, and is currently attending the University of Windsor where he is studying for a degree in Bio-Medical sciences.

Ben has three years of experience teaching swimming lessons as a certified instructor and lifeguard both public and privately for the past three years.

Although Ben is most passionate about guitar, he aspires to expand his musical repertoire into learning more piano and song writing . Ben is excited to share his love for music and create an environment to inspire others to have this same passion!

Florin Simioanca, has enjoyed a national and international career performing in Europe, Asia, the United States and Canada. A Romanian native, he is a graduate of the “George Dima” Academy of Music in Cluj, Romania where he completed a double major in viola performance and pedagogy. Simioanca obtained his Masters degree in Viola Performance and Masters degree in Music Education Strings at Bowling Green State University, Ohio.

In 1994 Simioanca was employed by the National Romanian Opera Cluj where he spent eight years playing as an assistant principal in viola section and principal violist in the Romanian National Chamber Opera Orchestra. For several years, he served as a member of Europa Symphony Orchestra in Vienna.

In June 2012, he performed the European Premiere of David Gillingham’s double viola and cello concerto with the Arad Philharmonic Orchestra in Arad, Romania. Since 2010, Simioanca has been on the faculty of the Ohio Northern University, Ada, Ohio, where he teaches violin and viola, string ensemble, chamber music, string pedagogy and string methods and he serves as the head of the strings department.

Lisa began piano lessons at a young age, but her love for music took hold at 14. She completed grade 10 in the Royal Conservatory of Music. Lisa went on to study nursing, but has continued using her music to accompany choirs, play at weddings, and is part of worship bands at her church. She is constantly creating or arranging songs in new ways.

Lisa believes that teaching and encouraging people in their growth and expression of music is an exciting journey and a privilege!

Lisa and her husband have seven children who play a variety of instruments – drums, ukulele, acoustic and bass guitar, saxophone, and flute. It’s a noisy house… In her spare time (!) she enjoys reading, crafting, and developing her saltwater aquarium.

Erin is a singer-songwriter from Belle River Ontario. Her passion for music began at a young age singing in the church choir. From there, her interest in music evolved into learning instruments including trumpet and piano. Later on, she took guitar class in high school which inspired her to start songwriting and performing. She learned that her songs could only be as creative as her musical ability. This led her to Cambrian College to study Music performance in Piano.

Erin has played in a number of groups and bands including The Vintage Plague (Sudbury), Dresden Sky (Windsor), The Rusty Halos (Toronto). She recorded a self titled album after college that captivated a wide range of her musical and songwriting abilities.

Erin has taught beginner piano and guitar for many years in the Windsor Essex area and enjoys sharing the gift of music.

Brennan started piano lessons when he was about six years old and enjoyed it from day one.  A few years ago he was gifted an electric piano and has spent much of the last two years learning to play all the prerecorded music found on it. This has given him a love of classical music and he is always looking for beautiful pieces that challenge him. This year he took instruction in jazz improvisation, which he was able to apply in his high school band.   He is completing his grade 8 RCM exam this year, and intends to study music in university.

In his spare time Brennan loves reading, volunteering with tech at his church, and being outdoors

We are passionate about what we do and strive for excellence in helping our students achieve their musical goals, creating a warm learning environment, and as teachers continuing our own professional development.

Facebook-f Instagram Youtube User
My son says, “They make it fun, they move at a good pace, the books are fun and easy and they make it easy to teach and stuff.” Sandra, “The studio itself is very welcoming and a clean comfortable place to go. Madison teaches my son guitar and is very patient with him. He looks forward to seeing Madison to show her what he’s learned and for her to teach him the next lesson.” 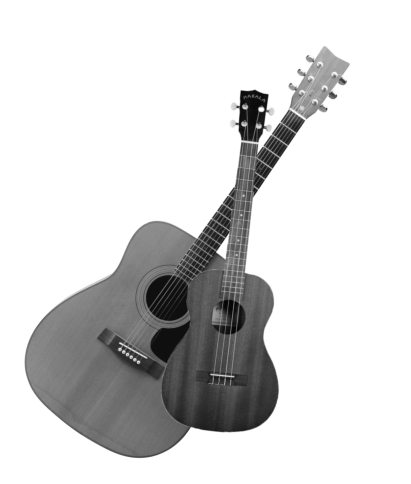 SandraSon - Mathew
Our kids have been taking piano lessons with Renée for 6 years now. She is a great teacher and we love the MYC program! Our son has also begun guitar lessons with Madison and is loving it! When you work with Renée you can see not only her passion for music but her love of children. We would recommend Renée’s music studio to anyone looking for music lessons. 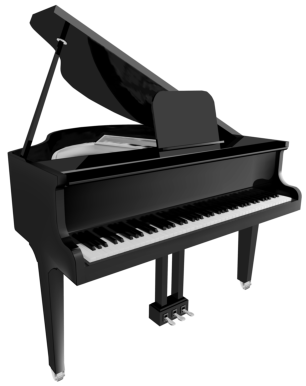 NicoleKids - Lilly, Noah and Kaylee
My son has been taking piano lessons with Mitchell for a year and it was incredible to witness his progress in such a short time. Mitchell is a fantastic teacher and a very talented pianist. Mitchell is always encouraging my son in a positive way and the lessons are always fun and interesting and keep him engaged and motivated.